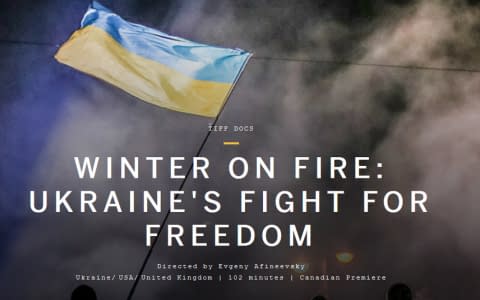 Chronicling events that unfolded over 93 days in 2013 and 2014, the film witnesses the formation of a new civil rights movement in Ukraine. What started as peaceful student demonstrations supporting European integration morphed into a full-fledged violent revolution calling for the resignation of the nation's president.

On behalf of the whole filmmaking team from Maidan and my production team, I want to thank the entire Toronto...