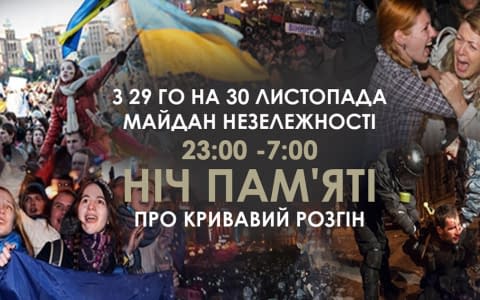 On the night between 29 and 30 of November, Ruslana together with Nightwatch of Maidan will hold a rally at the Independence Square near the Independence Monument to unite students and young people around the strategically important for Ukraine issues.

It was that night a year ago, when a peaceful rally of students at the Maidan was brutally dispersed that caused widespread public discontent and a new wave of more large-scale protests.