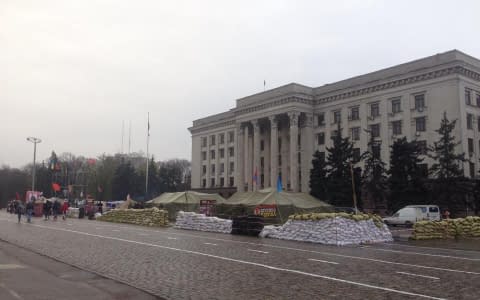 Sadly, but I’m afraid that one more week and irreversible process will be started. And  it may lead to inter-ethnic collapse in region, as it happened in Luhansk.

There is no business in Odesa now. Lots of people (Ukrainian patriots) already left Odesa, mostly businessmen. Others are on «low start» with visas and full gas tanks in their cars.

All the rest - are pro-Russian separatists.

Quote: «There’s a new government there, right? Local people are the same, it’s a fact. Biz is «milked» like it’s the last time».