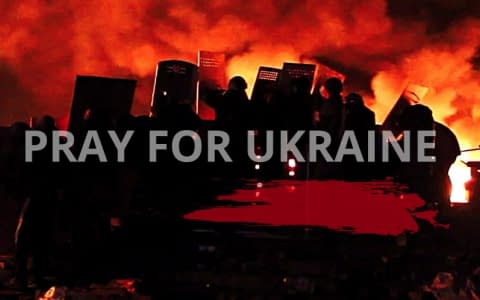 UkrStream.TV working on a creation of documentary "Pray for Ukraine"

«Pray for Ukraine» - is a kind of memorial in honor of those, who stood for their right and right of their children for a good future by the price of own wealth, health and even life.

Film completely consistent with UkrStream.TV philosophy - no comments. Participants are telling by themselves about the events of winter 2013-2014. Only direct speech and original video!

World primiere is planned on September, 2014 in Toronto, Canada. In Ukraine film will be shown on the 21st of November, 2014 - on the day the protests started.