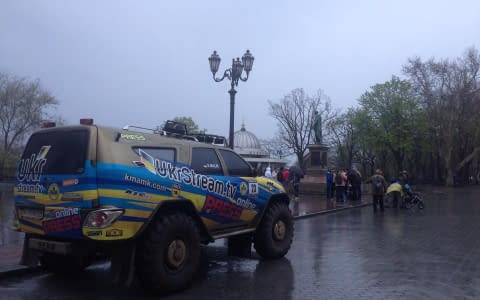 Kulikovo Field. Inside the barricades.

1) Valery Volkov - veteran of armed forces (it was written in his ID card) -«Wait and see, we will prevent the elections!»

2) A thief in law (he showed me his stars on the shoulders), who came for the first time on Kulikovo Field: «Odesa is not going to be F*cked by anyone! We won’t surrender the city!»

When I’ve heard his words I realised that he came to the wrong square. I offered him to go to Duke’s monument (Maidan is standing there) and meet the people who are standing FOR Odessa and don’t want to let anyone F*ck their city. He said thanks, shaked my hand and went there. Misunderstanding happens. Don’t be lazy, talk to people. And I believe there can be much more of us.